Stats on Gender Pay Equality – Encouraging or Not?

It’s been 56 years since the US government passed the Equal Pay Act, but stats on gender pay equality reveal that though conditions have improved, we still have a long way to go to before the gender pay gap totally vanishes.

The below chart shows the gender pay gap in median earnings of all workers between 1991 and 2017. 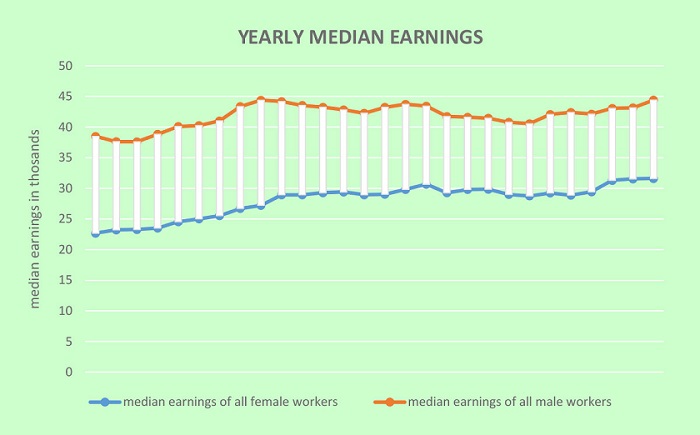 A study by the Institute For Women’s Policy Research reveals that women’s earnings are lower in almost all occupations. In 2018, the widest gender pay gap was in securities, commodities and financial services. The gender pay equality stats revealed that there are only 5 occupations in which women’s earnings are equal or more than that of men. Even in the occupations which have more women than men, the pay gap is in favor of men. The occupation – ‘Elementary and Middle School teachers’ is comprised of nearly 80% female workers. Yet, according to the study, there is a 9% pay gap in favor of men in this occupation.

The below given charts show the gender pay gap in the five most common occupations for women. 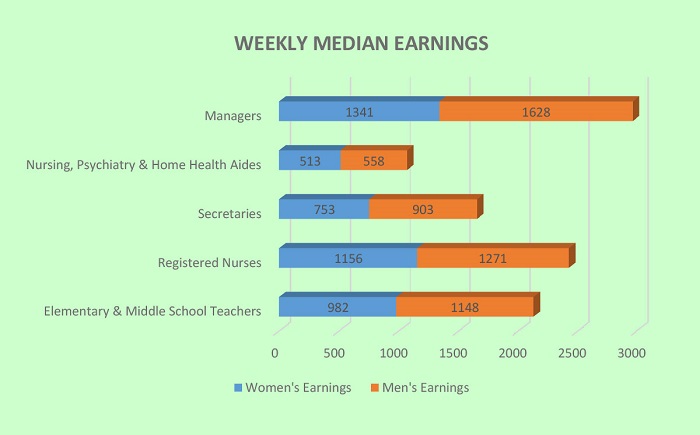 The Equal Pay Act is in place since 1963 but the benefits of the act are yet to be realized. Advocates for equal pay are calling for legislative changes and strict policy actions. States like California and Massachusetts have passed laws that bar employers from asking about previous salaries. Such laws are aiming to break the cycle of historic inequalities and discrimination. According to a study done on salary negotiation by the author of Women Don’t Ask, only 7% of women negotiate their salaries as compared to 57% of men. Why? Experts give different reasons as to why women don’t negotiate. Some say many women don’t negotiate because they are reluctant to ask for a higher pay. In order to break the pay gap, women must know the value of their skills and negotiate a salary that matches them.