It’s a federal holiday on July 4th, but if you don’t work for the government or in a school, you will probably be spending the Independence Day at the office. For those of you who are stuck at work, you can also celebrate the Independence Day with your co-workers by having a July 4th office party.

You won’t be having as fun in celebrating 4th of July at work as you would with your friends or family. But you still deserve the right to be festive and enjoy the holiday that framed our country. 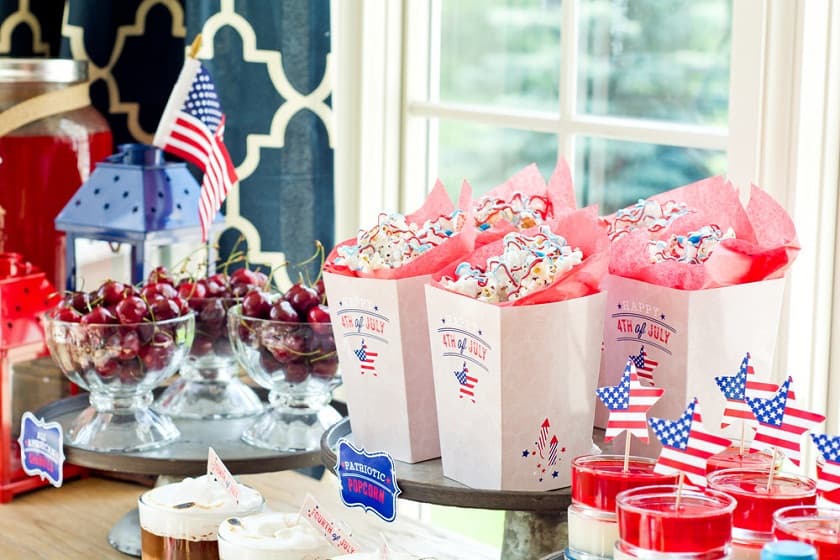 To add to the pain, Fourth of July falls on Monday this year, making work even more of a bummer. Who doesn’t love a three-day weekend? Even if your company makes that a half-day, it doesn’t make any difference. So here are some July 4th office party ideas that won’t only allow you have some fun but will also give you a chance to bond with your colleagues.

Allowing your employees to wear their best July Fourth themed clothing is a good way to start celebrating Independence Day at the office. You can bring down the stress level by loosening the formal dress code for a day and let them wear semi-formals or even casuals. Tell them to wear their catchiest blue, white, and red outfit. The best dressed employee can get a small reward or a star badge saying ‘Star of the Day’.

You can organize a patriotic potluck where everyone brings in red, white or blue food. It can be as simple as buying Fourth July themed cupcakes or donuts or you can put some extra effort by making your own patriotic themed dishes. Few days prior to the Independence Day, create a potluck sign-up sheet and share it via an email, so all the employees can write the name of the dishes that they are bringing. This is to make sure that you have enough variety and are not having all sweets. Your lunch table will be filled with colorful dishes that scream “We love America!”

Let employees define their own freedom and independence

You can place a board on which employees can write what is their definition of freedom and independence. They can write an incidence from their lives when they experienced the power of independence and freedom.

Decorate the office with balloons, streamers, and other objects that are red, white, and blue. Encourage everyone to set up their desks with small flags and colored stationary. You can also create some banners or canopy with paper streamers, plastic or even bandana. Also, don’t forget to have a big sign that says ‘Happy 4th of July’.

Light some sparklers with your co-workers after office hours

Once you are done with July 4th office party, you can spend some time with your co-workers after work and light sparklers, but only if you are good at, um, holding stuff. You can have a great time while lighting sparklers and can bond better with your 9-to-5 buddies.

Jane Harper
Writer. Human resources expert and consultant. Follow @thehrdigest on Twitter
« The Alternative To Those Useless College Degrees
Top Reads of the Week on Leadership as well as Workplace Strategies »