Developers run the world. They are among the most accomplished and respected professionals, and yet half of them feel their successes are undeserved. According to a new informal study from workplace social media site Blind, 58 percent of people with technology-focused careers grapple with intense feelings of Imposter Syndrome.

Imposter Syndrome was first defined in 1978 by psychologists Suzanna Imes and Pauline Rose Clance as “phoniness in people who believe that they are not intelligent, capable or creative despite evidence of high achievement.” While these people “are highly motivated to achieve,” they also “live in fear of being ‘found out’ or exposed as frauds.” Sounds familiar?

Feeling like you don’t deserve the job you’re in is more common than you think. According to a 2011 research published in the International Journal of Behavioral Science, an estimated 70 percent of people experience imposter syndrome at some point in their lives.

To get a glimpse of how prevalent imposter syndrome is in the tech community, Blind surveyed thousands of tech professionals using the Blind app. Blind is an anonymous workplace social network for tech workers to discuss, debate, and gossip about compensation, workplace culture, corporate policies, sexual harassment, and more.

Seventy-two percent of Expedia employees say they experienced imposter syndrome, the highest among companies with at least 100 employee responses, followed by Salesforce (66.88 percent), then Amazon (64.48 percent).

Over 58% percent of the respondents reported suffering from the impostor syndrome. 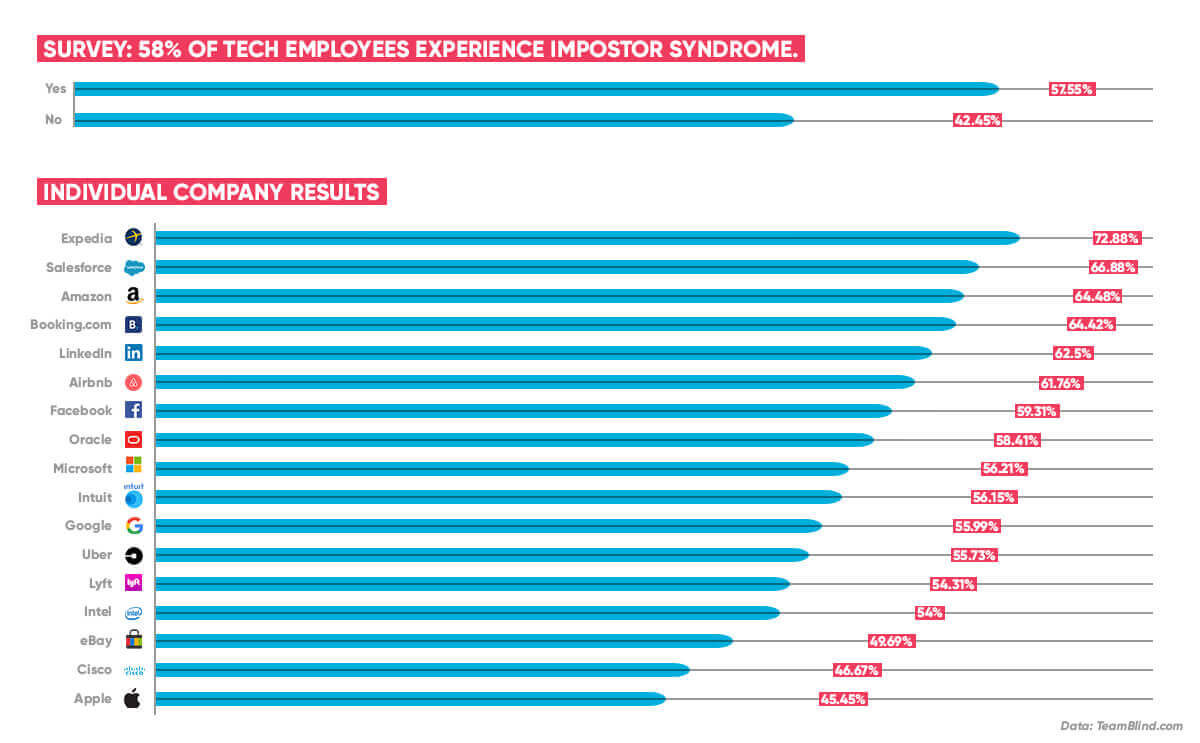