Target is raising its minimum wage to as much as $24 an hour for some workers. The latest milestone is a part of the retailer’s long-standing commitment to its workers: plans to set a new starting wage range and expand access to broader, faster health care benefits for its hourly workers. With these enhancements, Target will invest up to $300 million more in its team in the year ahead.

The Covid-19 pandemic is slowly changing the way we work, live and thrive. A lot of us were lucky enough to be able to work from home—a conscious choice made out of necessity that evolved into hybrid work by the end of 2021. But the dynamics are yet to improve for retail and restaurant workers. The coronavirus epidemic simply translated into long checkout lines, empty shelves, and shortened store hours—all of this, and more, without hazard pay.

The outbreak has dramatically changed American retail workers’ expectations. With the Great Resignation roiling the retail industry, labor shortages are becoming an even bigger problem for hiring managers. According to CNBC, retail suffered the second highest number of quits in August—over 720,000—beaten by the food service and accommodation industry. An increasing number of people quit their jobs in hopes of finding increased wages, benefits and work-life balance. 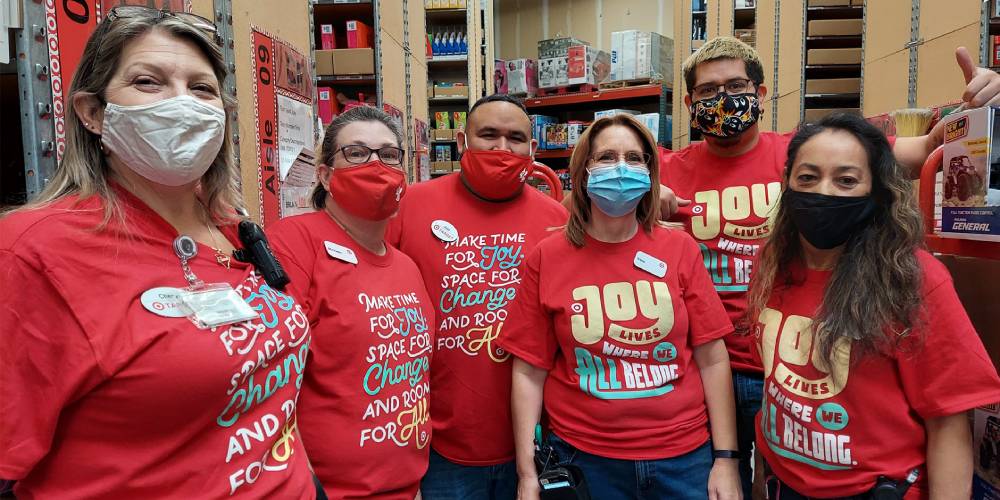 So far, there have been microscale glimmers of hope, with companies hiring additional workers to keep up with demand. Retailers like Target are tapping into the power of putting people first to alleviate their attrition woes. As part of the ‘Target Forward’ strategy, the retailer will drop the minimum average hours employees need to work per week to receive health benefits from 30 to 25. In addition to this, about 20% of Target’s workforce is newly eligible for benefits.

The Minneapolis-based discount retailer said Monday that it wants to be “a wage leader in every market where it operates.” Target will adopt minimum wages that range from $15 to $24 an hour, with the highest pay going to hires in the most competitive markets. The retailer currently pays a universal starting wage of $15 an hour.

Workers at Target stores and distribution centers in places like New York, where the labor market is more competitive, could see starting wages as high as $24 an hour this year. When Target first announced in 2017 that it would pay $15 an hour by 2020, it was one of the first American retailers to do so. During the coronavirus pandemic, a number of rivals such as Best Buy and Costco raised their minimum hourly wages for workers from $16 to $17 to attract and retain workers.

Target is not the first retail company to raise wages in recent months to attract and retain workers in a tight labor market. Amazon, the country’s second largest employer, increased its minimum pay to $18 an hour, placing retailers under even more pressure to increase wages. But what do wage increases look like when inflation is at its highest in four decades?