Tesla has decided to halt operations in all its U.S. factories until May 4 due to the COVID-19 spread in the country.

The company will also be implementing pay cuts ranging from 10 to 30 percent for regular employees and furlough workers, starting from April 13. The decision was revealed in an internal email circulated among employees.

Vice presidents and director level executives will take a 30 percent and 20 percent salary cut, respectively, and the rest of the employees will be given a 10 percent cut across the board. Employees will be facing this decrease in pay until the second quarter. Any Equity grants based on merit work will be suspended too for the time being.

In March, Tesla had announced that it had enough liquidity to see through the pandemic. Its cash position at the end of the fourth quarter was $6.3 billion before its recent $2.3 billion capital raise. After the fourth-quarter announcement, Tesla had a credit line available in the vicinity of $3 billion. This included working capital for all regions and for the expansion of the Shanghai factory. 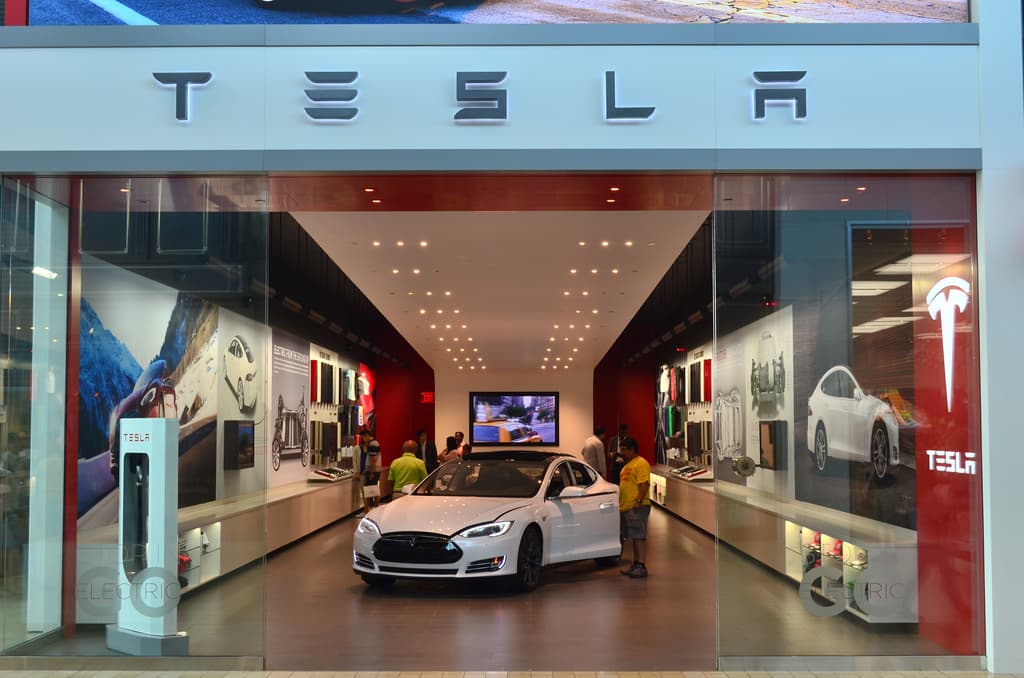 “We believe this level of liquidity is sufficient to successfully navigate an extended period of uncertainty,” Tesla said.

Employees that have not been assigned any task for are not working from home have been furloughed off till May 4.

“While we are continuing to keep only minimum critical operations running, we expect to resume normal production at our U.S. facilities on May 4, barring any significant changes,” read the email from Tesla’s human resources department head Valerie Workman. “Until that time, it is important we take action to ensure we remain on track to achieve our long-term plans.”

“This is a shared sacrifice across the company that will allow us to progress during these challenging times,” the email said.

Furloughed employees are generally given time off from work without pay for a specified period to tide over any emergency situation at a workplace.

This does not mean that they lose their jobs. At Tesla too, the workers will remain employees of Tesla and even get their healthcare benefits.

Tesla has advised its workers to apply for unemployment benefits.

Tesla will be closing its main assembly plant in Fremont, its Giga factory in Nevada that produces part for Model 3, and the factory in Buffalo, New York.

Earlier, Tesla had announced plans to suspend production at its Fremont and Buffalo factories. The company had applied for a special concession from Alameda county sheriff for permission to operate some basic units at the Fremont factory after the announcement of shelter in place order came into effect. Some production has continued at the Fremont factory, with about some 2,500 workers continuing work. Normally 10,000 workers are employed at the factory.

Nearly 600,000 employees in the retail sector have been furloughed off in the United States. This number may even reach one million some industry experts say. The $2 trillion stimulus package has not staved off these hopefully temporary layoffs.

“If you lose your job in this crisis, you can be furloughed by your employer,” Senate Minority Leader Chuck Schumer said of the stimulus last week on the Senate floor. “You stay on that employer’s work list. If you have health benefits with the employer, you can keep getting them. But, and most importantly, the federal government will pay your salary — your full salary — for four months.”

Other large automakers such as Honda and Nissan have furloughed U.S. workers amid the coronavirus crisis.

Diana Coker
Diana Coker is a staff writer at The HR Digest, based in New York. She also reports for brands like Technowize. Diana covers HR news, corporate culture, employee benefits, compensation, and leadership. She loves writing HR success stories of individuals who inspire the world. She’s keen on political science and entertains her readers by covering usual workplace tactics.
« Understanding the 80/20 Rule (Pareto Principle)
How to Answer the Question ‘What Was Your Last Salary?’ »