The Human Resource industry has seen some significant changes in the last two decades. Earlier, HR personnel were the backroom boys whose job was more of an administrator and recruiter. HR’s traditional role was payroll, benefits, and procedures of any hr leaders. As the workplace ethos changed with technological advances and a new generation of workers, the focus has shifted to employee management and performance and productivity by vigilant hr leaders.

“I would say [HR is] moving from processing paper to making sure individuals feel valued in the organization,” said an employment attorney to SHRM magazine.

Here is a list of HR leaders who are bringing in diversity, engagement, and innovation to their jobs. 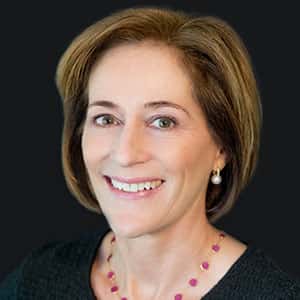 Gherson has introduced employee engagement and skill programs to improve their efficacy in a fast-changing technological world. There are training nodules in analytics, automation, robotics, and adaptation of design thinking at scale that have been introduced for the workers at IBM.

Diane Gherson, in her 13-year stint at IBM, has driven the HR process from being process-centric to the more agile and innovative competencies that the new digital era demanded.

Automation and AI were inculcated in the whole lifecycle process of the employee. Innovations have been incorporated in payroll, global mobility, and expense reimbursement of the vast employee base.

The recruitment process has become agile. All this has resulted in the HR team learning new technologies, and being given n an opportunity to grow in the new environment.

As an HR leader, her adaptation of technology for better employee engagement and processes won her the Executive of the Year Award-2018. 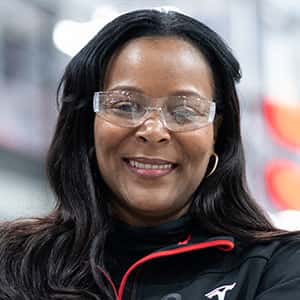 Being in charge of Diversity and Inclusion at Telsa, a world leader in innovative and disruptive design thinking, Felicia Mayo has paved the way for more diverse boardrooms.

This HR leader’s strategy has been to observe the business environment and culture at Tesla and see what enhancements needed to be brought in. A plan was built around the specific needs of the company, which would also drive innovation in the organization.

Along with bringing in inclusive policies in the workplace, Mayo believes that cognitive diversity is as essential. Different perspectives, knowledge, background, and way of designing and problem-solving add to the diversity and drive innovation. Being the industry leader, Tesla is bringing disruptive thinking and needs people driven by a passion for experimenting.

“Diversity and Inclusion is not a program; it is a part of the business. I am a business leader,” she says. 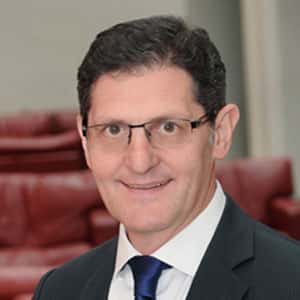 Michael Fraccaro is in charge of maintaining the cultural ethos of Mastercards as the most valued company to work for. Fraccaro believes culture can be an enabler and empower people with a different point of view, which is what Mastercard fosters.

He believes that connecting with people who work with you is the crux of leadership. Culture can be an enabler, and that’s the power we want to unlock at Mastercard, he says.

Mastercard believes in developing both current and future skills. And in recognition of the changing environment and its needs, it has tied up with various educational institutions to help promote learning programs in AI and cybersecurity for its employees.

A mobile learning program, Degreed, has been launched which enables employees to learn new things on any platform and device.

Building on the inclusive cultural environment of the company Fraccaro says, Mastercard has a Business Resource Group where employees can get involved in projects not part of their everyday work. Here, people, ideate and problem solve for the benefit of the organization and its customers.

Currently, Mastercard is actively recruiting through the use of neuroscience games, cutting-edge AI, automated machine learning algorithms and behavioral data in campuses. They have programs where students are encouraged to explore STEM skills.

Fraccaro says that a strong moral belief and right values help you deal with challenging situations. He believes in collaborating and connecting rather than an authoritarian approach while taking decisions.

It is about building a winning culture with decency at its core at Mastercard, he emphasizes. 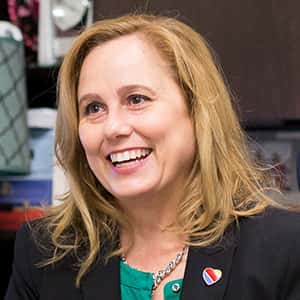 Julie Weber passionately believes in the Employee First philosophy of Southwest Airlines that has made it one of the leading airlines of the United States.

Appreciation, recognition, and celebration are the three vital elements of Southwest corporate culture, and the company maintains it by providing competitive pay, retirement benefits and a ProfitSharing program.

They have a “Winning Spirit Award” for recognition of outstanding services.

Weber proudly reiterated that Southwest has never had any pay cuts or lay-off.

Southwest famously hires for attitude and Weber believes in maintaining the momentum. The interviewing methodology is geared towards gauging a candidate’s warrior spirit, service attitude, and sense of fun.

Weber says her work is her calling, although she came into HR by chance. She says the Southwest philosophy matches her style of working and it feels as if she is working with her family.

She believes what motivates the Southwest employees is the appreciation that the company has for its workers. There are many formal and non-formal recognition awards and incentives. Milestones in every employees’ life are marked. Now a digital element has been added with all employees able to congratulate at the click of a button.

Weber does some mentoring programs at the college level and has this advice to give to young people looking for the right fit. She says a career path is a journey and it is ok to make a wrong choice sometimes. Take it as a learning experience. 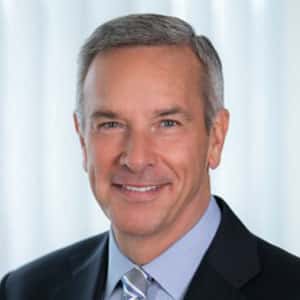 Peter Fasolo is considered as an Influential leader in the Human Resource fraternity.

Johnson and Johnson is known for its strong corporate culture and a place where employees tend to build long-lasting careers, which many feel hinders innovation and fresh way of thinking.

But Fasolo says that it is the strength of the company. “Innovation is a long-term game, and our relationship with our employees is likewise built on mutual long-term investment in each other.”

Johnson and Johnson is known to have a multigenerational workforce, and Fasolo says that it is an advantage as it allows them to serve the diverse needs of their customer base.

Fasolo says their Human resource policy is to encourage people within the organization to have multiple careers. People with the right skillsets and knowledge are allowed to move across businesses within the group. This encourages growth and innovation.

There are mentoring programs and cross-generational exchange of ideas and knowledge base.

For a more inclusive and diverse workforce, Fasolo says, the company has utilized AI platforms to make the hiring process more eclectic. The managers now use data analytics to make informed decisions in recruitment.

Also, bias training has been initiated.

In his role as the CHRO, Fasolo gives coaching and advice to the highest executives. He says he believes in giving realistic feedback but in a kind and non-judgemental way. You need to be transparent in your dealing and show a real caring for the outcome of the interaction, he added.

He says the most rewarding part of his journey has been the recognition of his ability by people and mentors. He wants to give that back by sponsoring deserving candidates by enabling and supporting them in seeking career opportunities for advancement.