Noted public policy expert Anne-Marie Slaughter, in her book called Unfinished Business, made waves when she, in a very scuttle way said that resocializing men to accept caregiving is just as important as socializing men about accepting women in the workplace.

When you take away the caregiving obligations from women, they’re almost equal to men. For women to excel at the workplace, they need to work flexibly, and often go part-time. However, more often than we know, women are assigned less-challenging work because their bosses think that they’re not going to want work that allows them to travel, or they’re not going to be able to stay up all night, or something along the lines of inefficiency. When women do take up part-time jobs, they don’t get the same raises. When women expect flexibly from the workplace, it is typically taken as a sign of non-commitment to their career, and so they don’t get promoted.

While caregiving obligations are just as valuable to the society, we don’t see men get involved into it without facing the ‘stigma.’ As we know it, women have been kept to the private sphere of life, while men have excelled the public field. It’s the 21st-century, and if we still cannot get more options for men and women to balance both the spheres of life, then it says a lot about the society in general.

The Future of Coworking For Women

What can be done so women can negotiate for flexibility? Maybe, we could create a women-only coworking space where they can successfully handle both, the private and the public spheres of life. Fortunately, there is one, and it’s called The Wing. 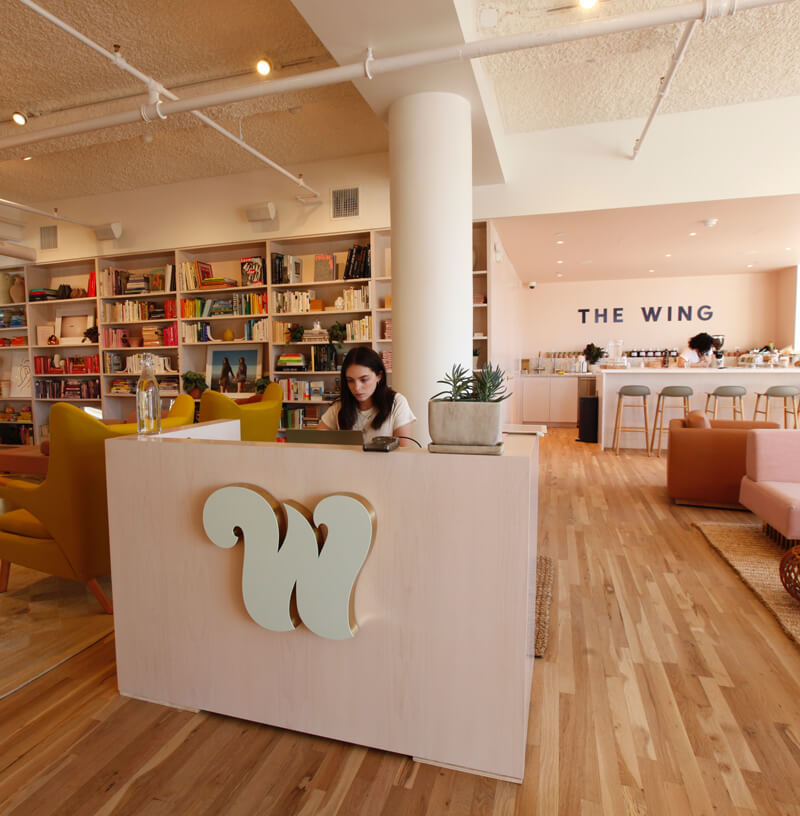 The Wing is a women-only coworking space and social club in New York City. In the past few months, it has had its presence known in the rest of the country and the other parts of the world for its unique solution to having the best of both worlds. It was founded by 29-year-old Audrey Gelman, a PR specialist who along with her friend and partner Lauren Kassen, wanted a design a 21st-century social club where women from all classes of the society could network and build their own future.

The women-only coworking space is in every bit liberating as it sounds. It has elongated tables with an abundance of power outlets, phone booths for private conversations, and members can even book the conference rooms for important meetings.

The women-only coworking space wants to build up its new portal for members to network online. It is also planning to introduce scholarships or funding for early-career women and students who cannot afford the $2,350 annual fee.

The incredibly dynamic women’s club and coworking space is the space women want to get some serious work done. Many see this as a problem – after all, we’re only going back in time if we are creating gender-segregated spaces for networking and social interactions. But, think about it: we’ve had gentleman’s clubs and golf clubs for centuries, where men play to get some business done. If anything, let’s not bring up the gender aspects, because The Wing is here to provide flexibility and that’s what women in the 21st-century want!

Priyansha Mistry
Currently editor at The HR Digest Magazine. She helps HR professionals identify issues with their talent management and employment law. | Priyansha tweets at @PriyanshaMistry
« How To Get A Talkative Coworker’s Trap Shut?
Workplace Design: How To Make Way For Maximum Productivity? »