While you can’t eliminate the legal liability that stems from an office Christmas party, you can most certainly create an environment that minimizes its legal liabilities. Office Christmas parties have seen an evolution keeping pace with the cultural norms of the time. From the loud gregarious parties of the ‘50s and ‘60s to the more circumspect office dos of our times, they reflect what is deemed as proper or inappropriate, acceptable or unacceptable according to the times. Gender equality, workplace behavior and ethics, and stringent human resource policies and cases of sexual harassment have rendered the infamous ‘50s and 60s gatherings largely obsolete. The unfettered behavior of yore; including letting loose on the boss, making snide comments about colleagues or crossing the line with your female colleagues, which at the most drew a rap on the knuckles or a visit to the human resource department, can now lead to dismissal if any serious complaint is made.

i. Office Christmas Parties in the #MeToo Era 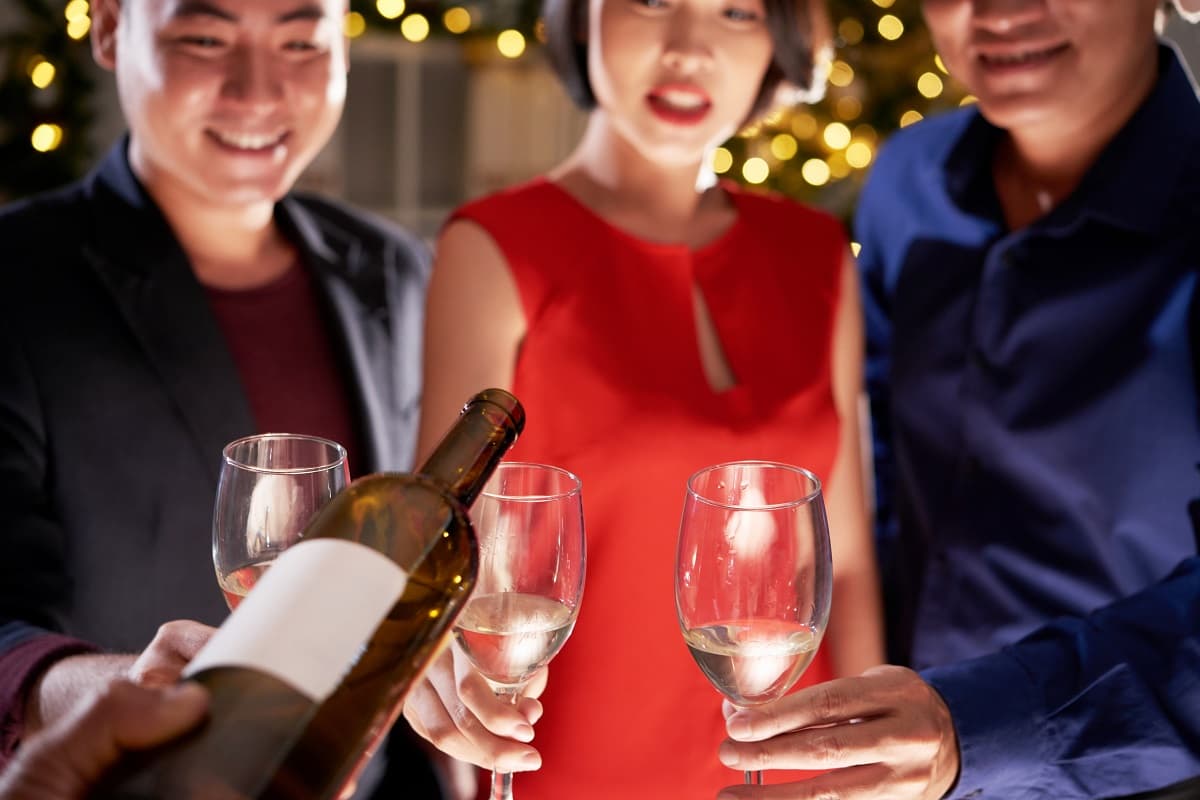 There are certain rules and regulations in place that hold the employers liable for employee behavior at social gatherings, even after office hours or away from the premises.

The rising awareness about appropriate gender behavior at the workplace and the public outcry against any infringements has made many employers cautious about holding the annual holiday gathering. A number of employers are considering doing away with the annual dos rather than face any liabilities, according to the employment consulting firm Challenger, Grey & Christmas, Inc. The company sent a questionnaire to 150 human resource executives across the United States in 2017 about their annual holiday party plans. Almost 11 per cent had decided to not hold the annual party compared to 4 per cent in 2016. “Employers are currently very wary of creating an environment where inappropriate contact between employees could occur,” said Andrew Challenger, Vice President of Challenger, Gray & Christmas. He added that though the employment rates are up in the United States, still most companies are wary of going all-out for Christmas celebrations. Considering that companies are responsible for creating a “safe environment” at work, HR personnel are a little chary of organizing dos in today’s scenario. There are certain rules and regulations in place that hold the employers liable for employee behavior at social gatherings, even after office hours or away from the premises. 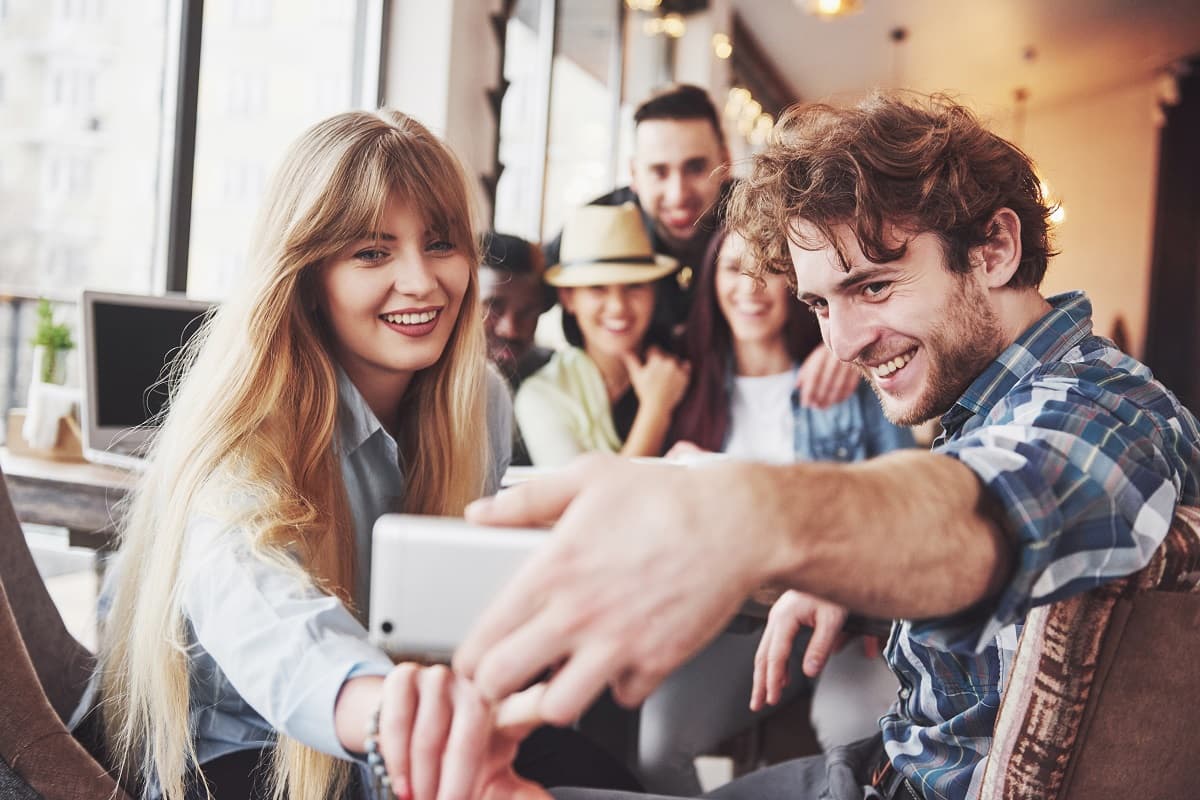 Companies should take certain steps to ensure good behavior and at social occasions that clearly lays out company policies regarding the same.

Any social event organized under the aegis of the workplace makes the employer liable for any untoward incident taking place. Hence, human resource departments of most organizations have become more stringent about enforcing a code of conduct and making people aware of what is appropriate or not. Companies should take certain steps to ensure good behavior and at social occasions that clearly lays out company policies regarding the same.

Have an office Christmas party policy listing the rules. Unacceptable behavior should include:

Employers should keep certain other things in mind while organizing the annual parties. Attendance should not be made mandatory nor any reference to possible recriminations. This comes under workplace discrimination and an employee can take it to labor dispute courts if so inclined. Do not insist on plus one or restrict participation based on sexual orientation of the employee. 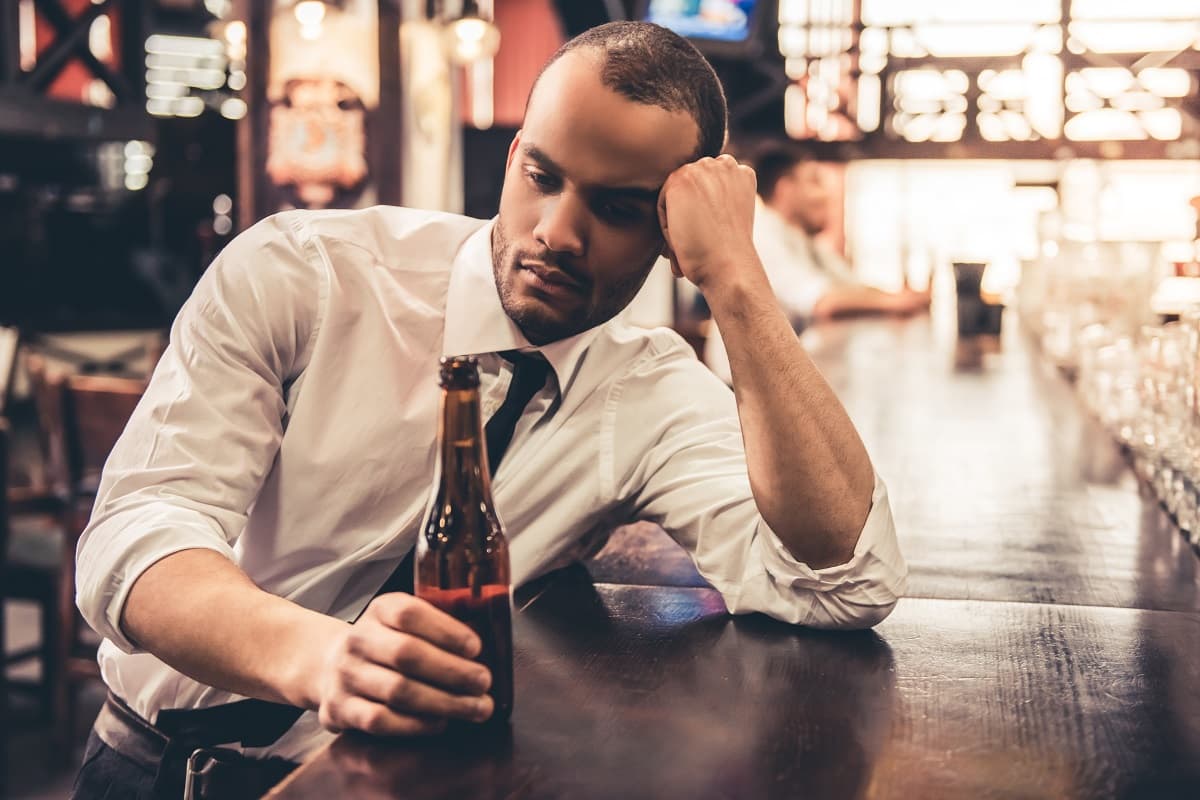 In most states of the United States, if you are providing drinks at an office party then you are liable for any incident that happens as a result of consumption of alcohol by your guests (read employee).

The Health and Safety law states: “All employees have a general duty to take reasonable care of their own health and safety. They also have the same duty to others who may be affected by their acts or omissions. Attendees must keep these obligations in mind when consuming alcohol.” In most states of the United States, if you are providing drinks at an office party then you are liable for any incident that happens as a result of consumption of alcohol by your guests (read employee). This rule also applies to your office Christmas party, thus increasing your legal liability. Certain companies are doing away with an open bar and serving only a certain number of drinks per person by issuing a voucher or ticket. Once that is consumed, then guests are obliged to buy their own drinks, which now takes the legal liability off the host. Alternatively, hire a bartender and instruct the person to limit the drinks if s/he finds a person over-imbibing. A sort of gatekeeper for overconsumption. Another option is a cash bar, which might not go down well with employees but restricts drinking. Make sure that enough finger food or dinner is on offer. Food reduces the effect of alcohol. Employers can also serve only light drinks like wine and beer Have a taxi service or some other form of transport on hand for those who are too drunk to drive. A survey by the Society for Human Resource Management in 2015 found that 50 per cent of those surveyed planned to serve alcohol at the end-of-the-year party and only half of these were ready to regulate the consumption through, the above-listed options. 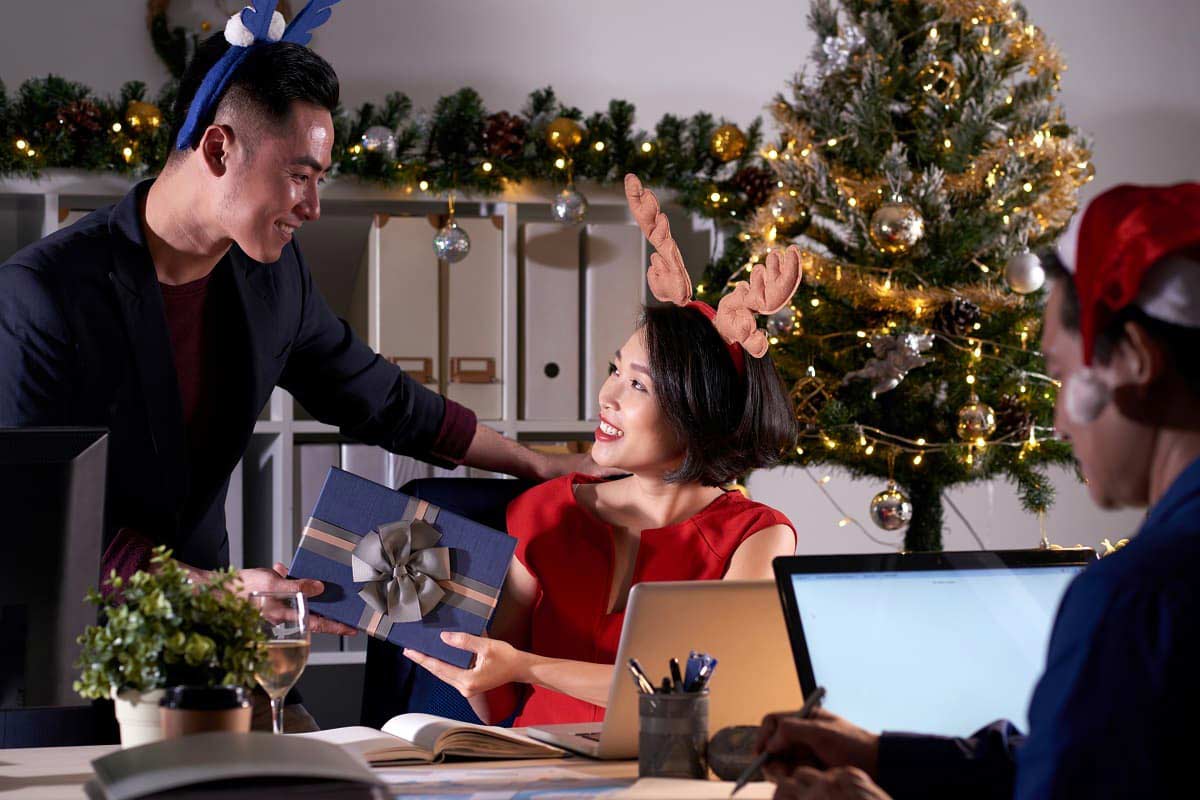 Be careful of the promises made under the influence of alcohol or the general party atmosphere. People offer promotions or hold out promises of projects etc. and which are conveniently forgotten in the light of day.

Earlier asking for a mistletoe kiss was not frowned upon but it is not considered appropriate behavior, and tradition cannot be used as an excuse The company note should state that improper conduct towards staff members, wait staff or guests will not be tolerated. Any such behavior will attract disciplinary action. Be careful of the promises made under the influence of alcohol or the general party atmosphere. People offer promotions or hold out promises of projects etc. and which are conveniently forgotten in the light of day. This may leave you open to breach of promise or some similar legal liability in extreme cases. Also, if not followed through, it leaves an employee dissatisfied and unhappy.

Restrict social media postings and remind of careful behavior. Posting and teasing can constitute harassment and again the employer can be held liable.

Vicarious liability means the employer is responsible for the actions of a subordinate. This is a common law principle where the employer is incumbent for the actions of his employee and has the right, ability or duty to control the employee. There have been many legal cases where the company has been held vicariously liable for violence or fights that happened during Christmas or year-end revelry. So it would be also prudent to clearly state in the handouts that employees have to be responsible and cautious when carrying on the partying after the organized one finishes. All complaints of inappropriate behavior should be dealt with under the proper processes.

Take precautions to ensure that the office and the management is covered under all available liable insurances. Cormac Fitzpatrick, from an insurance and dispute resolution law firm, BLM, revealed that there are enough cases in the courts of law that are red flags about the responsibility of employers and where legal liabilities lie in case of serious injuries and disputes between employees. 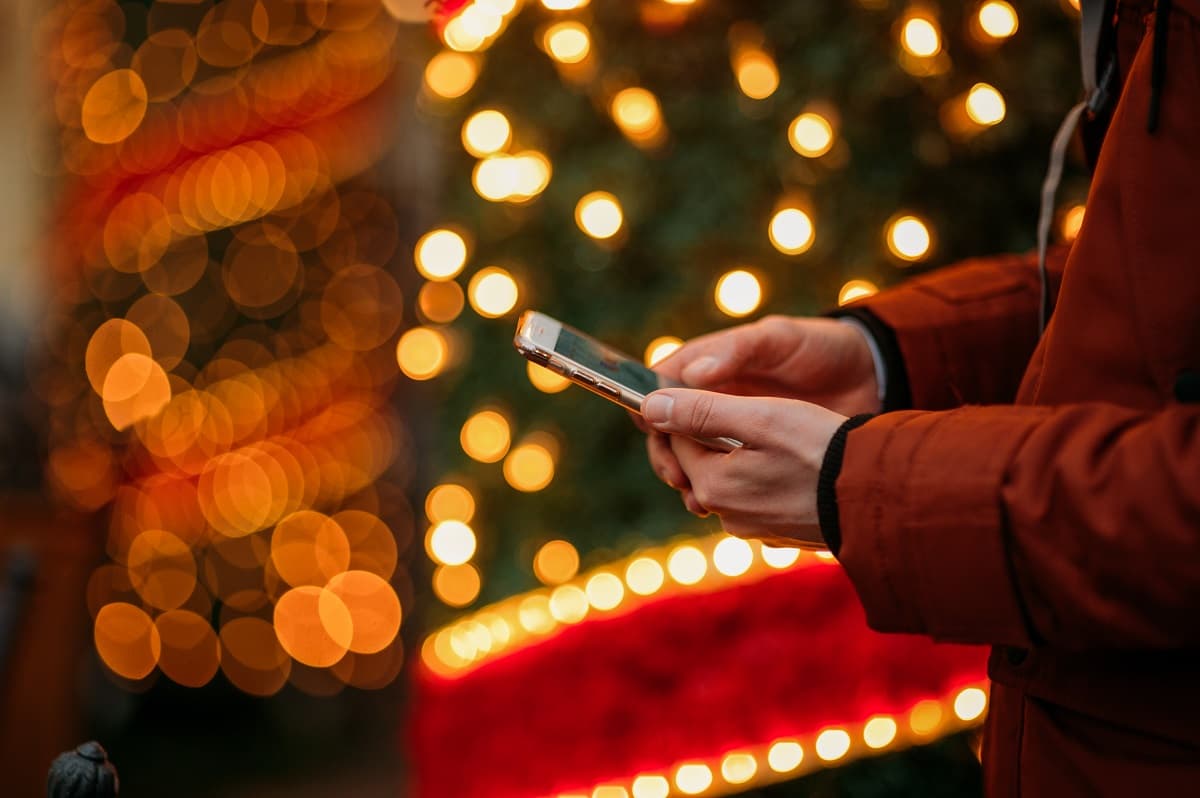 Having a social media policy in place can save subsequent trouble. It does not mean that you totally ban all presence, but the company can have a say in how its image is presented to the outside world. Let employees get permission before posting photographs or videos of such occasions. In today’s digital marketing and social media usage for brand presence, a clear cut stand on social media usage and your company’s position on it will help.

Title VII of the Civil Rights Act of 1964 protects employees in the US from sexual harassment and discrimination and even lays out the potential liability. Awareness of legal liabilities concerning social situations has gone up among corporations and firms. Concerns about people’s rights, gender and equal rights at workplaces and the presence of social media, have all played their part. The Society for Human Resource Management, a global body representing over 165 countries says it is seeing an increase in inquiries about the prevention of harassment at workplace and legal repercussions. This does not mean that one should do away with any kind of celebration or adopt strict policing that squeezes all joy from the office Christmas party. The takeaway is that like in any adult situation use common sense, be responsible and respect your co-workers.