The Opioid Abuse Epidemic: Is Your Workplace Prepared?

The recent growing number of opioid abuse in the workplace has raised alarm over claims of intervention by employers through Employee Assistance Programs (EAPs). Lack of substantial evidence has forced many into arguing that employers are rather using EAPs to justify other causes and not as supportive as claimed. But how can employers effectively use EAPs to combat this growing drug abuse in the workplace? We have interviewed an expert in the healthcare sector for answers regarding this growing challenge, including what employers can do.

As the demographics of opioid use disorders continue to gain more population in the working-age, Employee Assistant Programs (EAPs) are progressively having more cases of addiction and abuse to deal with among covered workers. EAP is an employee benefit program designed to provide help, counseling, and referral to employees dealing with personal or work-related problems that can affect their health, job performance, emotional and mental well-being. But the program is becoming more popular among employees dealing with drug or substance abuse.

The number of deaths from opioid overdoses keeps escalating in the United States; with over 33,000 deaths recorded in 2015. That year, opioids accounted for about 60 % of drug overdose-related deaths. A 2017 report by Centers for Disease Control and Prevention suggests that 91 Americans die daily from the abuse of opioid, which include prescription drugs and illegally manufactured fentanyl and heroin.

Employee Assistance Program, which one of its aims is to develop services that support a drug-free workplace, has deeply contributed in not only identifying employees struggling with substance abuse but help with viable initiatives. Some people have dismissed the efficacy of EAPs, questioning substantial evidence backing the support claims. But the logic is slightly controversial considering that more EAP services are confidential. However, there is no question about the program’s existence in most corporate bodies and yearly data indicating initiatives that have supported employees with various challenges. 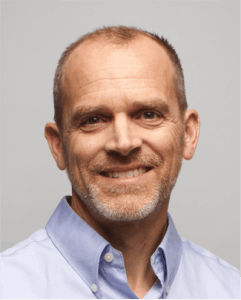 The HR Digest interviewed Dave Chase, the creator of healthcare firm Health Rosetta and co-founder of the Health Rosetta ecosystem, on how employers can effectively use EAPs to combat opioid epidemic affecting mostly the workplace in the US.

THE HR DIGEST: On average, 197 Americans die every day from a drug overdose involving an opioid and even more suffer the debilitating effects of addiction. Many observers, including Princeton economist Alan B. Krueger, have noted a connection between opioid addiction and economic productivity in America due to weaker labor force participation. What can employers do to turn this around?

DAVE CHASE: Alan B. Krueger observed that in parts of the country where opioid use increased, the number of men aged 25-54 in the labor force decreased; pain being the reason these men refused to take or were unable to maintain a position. Krueger mentions that employer-provided pain management intervention could help reverse this inverse relationship, but that’s not all that employers can do in fact, they can do much more.

While addressing the immediate problem, pain, is a step in the right direction, employers should also take a few steps backward and look at where this all began: expensive health plans that provide poor, fee-for-service (FFS) primary care. An unfortunate byproduct of FFS primary care is the pressure inherent in 7 minute appointments that encourages “quick fixes” that rarely are. Lower back pain (LBP) is the second most common reason people seek care. Despite there being no evidence that opioids are effective for LBP, it’s the number one reason for opioid prescriptions. At best, pain is temporarily masked. The fact that LBP is the number one reason for disability in the U.S. is no coincidence and the effect on labor force participation couldn’t be more clear.

Fortunately, there is a way for employers to fix this: using self-funded or self-insured health plans to provide value-based primary care. In these plans, employers:

By taking these steps, employers can save money and make sure that their employees are receiving care from the highest quality physicians. Rather than immediately prescribing pills, value-based physicians are willing to spend more time with patients to discuss the underlying cause of an employee’s pain and advise how to go about managing it, perhaps through physical therapy. Looking at the root cause of the issue—expensive, ineffective health care—and switching to health plans that are value-based, employers will see far better results, save money and stop opioid addiction before it starts. Despite the physical demands of being a hotel maid or maintenance worker, Rosen Hotels & Reports employees created one of the best benefits packages in the country (e.g., university educations are paid for both employees and their children). They get access to value-based primary care that includes physical therapy. The results? Opioid prescriptions that are one-sixth the level of a typical employer and the company spends less than half on health benefits compared to the average employer in America.

THE HR DIGEST: Your book, “The Opioid Crisis Wake-Up Call: Health Care is Stealing the American Dream” suggests that employers are the biggest (and unwitting) enabler for 11 of the 12 major drivers of the opioid crisis. At a time when the effects of the epidemic have become more visible than ever, do you think employers are getting better at noticing – and hopefully understanding – the effects of an Employee  Assistance Program (EPA) on addressing opioid painkiller abuse and addiction?

DAVE CHASE: I think it’s becoming increasingly obvious to employers that the opioid epidemic is having an impact on their workplace—recently, a national survey by The Hartford found 65 percent of HR professionals believe opioids are having a financial effect. Unfortunately, I still believe that a majority of employers have been asleep at the wheel, not realizing that every day, they are contributing to the crisis they are so concerned about. Unaware that the poor health benefits they provide that are actually quite expensive are part of the problem, some employers decide to purchase EAPs, but just like wellness programs, EAPs only treat the side effect of the much larger issue.

Certainly they can, as I previously mentioned, work to immediately improve the lives of those that are already addicted, but their primary purpose is not preventative. By the time EAPs come into the picture to help with opioid addiction, the disastrous status quo health care system has already failed an individual.

THE HR DIGEST: Health care benefits are one of the largest ongoing expenses for employers, which are only rising with an aging workforce. How should a company go about designing value-based care programs that achieve both short-term and long-term success?

DAVE CHASE: The foundation for achieving long-term success is value-based primary care, often brought about by self-funded plans like those described above. Compared to today’s status quo fee-for-service model—in which providers are paid for how many tests they run instead of the patient outcomes they achieve—value-based primary care rewards providers who do their job best: getting, and keeping, patients healthy. To do this, providers spend more time with patients talking through symptoms and getting to the bottom of what is causing their concerns. By taking the time to do this more thoroughly than would be in a fee-for-service care model—where there are long patient wait times and often follow-up and referral appointments because initial appointment time is limited—employees receive better care and employers wind up paying less.

An often-overlooked benefit of value-based primary care is helping patients navigate a complex medical condition such as having multiple chronic conditions or cardiometabolic disease. Employees often don’t trust their employer or insurance company to steer them to a particular medical center. However, patients trust their primary care doctor. In a value-based primary care arrangement, the physician isn’t compromised by employment in a large health system. Thus, their only concern is getting patients to true centers of excellence for a given condition.

Getting to know employees’ unique needs is an important next step that helps achieve short-term success. Once value-based primary care is established, the best health plans take things a step further and customize benefits to their employees’ immediate needs. For example, Harris Rosen, the CEO of Rosen Hotels, made sure that the 56 percent of his employees who had high-risk pregnancies had access to family planning services. He also established an on-site clinic which he allows his employees, many of whom are paid hourly, to visit while on the clock. Before this change, hourly employees were less likely to visit the doctor during work hours as it would mean they receive less income. Other employers can gain similar insight about their business by simply running surveys or having employees participate in focus groups. Such information will help employers spend their money more wisely, offering benefits that will improve their employees’ overall well-being.

THE HR DIGEST: What are the pillars of an evidence-based and well-implemented employee assistance program? And what can employers do to avoid common pitfalls that lead to ineffective well-being initiatives?

DAVE CHASE: Often, employers tack on expensive, supplemental wellness/assistance programs without doing a deep dive into what is causing their employees’ afflictions. This is a huge mistake as you can’t build anything strong upon a weak foundation. Before buying into the hype, employers that do their research will see that the real issue is not a lack of programs and initiatives, but rather low-quality primary care. By turning to self-funded plans, or working with direct primary care providers and centers of excellence—high-quality hospitals known for providing superior care in certain specialities/procedures—employers can ensure that their employees are getting truly value-based care from the beginning. Only with value-based primary care at the foundation will EAP programs be most effective.

THE HR DIGEST: What’s next for you on this important path?

DAVE CHASE: From those who’ve just taken their first step to those at the “head of the class”, every one of them is building on the momentum. Even the best find there are more ways to deliver better value. They know that when you live “our employees are our most important asset” it’s great for the employee, the employer and the broader community.