The Right Way to Thrive in the Gig Economy

In 2010, it was estimated that within a decade more than 40 percent of the American workforce, or 60 million people, would be independent workers. We are on track: figures from 2017 show 36 percent of the workforce, or 57.3 million people, called themselves independent workers, with more than 50 percent of millennials falling into this category. The majority of today’s workers value autonomy and independence – that’s why they’re taking a break from the traditional corporate structure.

Paradoxically, one of the most stressful things about working independently is managing your productivity. This is especially difficult when people lack routines. With unpredictable schedules comes the constant struggle of sustaining productivity. Corporate employees can axe distractions and even their unsettledness with a good boss. But for isolated workers, it takes a great deal of time to create an “accountable environment” – a physical, social, and psychological space for work where they thrive.

It should come as a little surprise that freelancers on Reddit communities like r/productivity and r/getdisciplined often talk about relying on site blockers, productivity-enhancing chrome extensions, and even nootropics to overcome procrastination. Most of these solutions simply skirt around the problem. If anything, the rising trend of coworking spaces tells us that we are all about the human element.

At the heart of Focusmate, a virtual coworking space, are the building blocks of autonomy and accountability that tap into this human element.

Having a go-to person when it comes to keeping yourself on track is one of the best ways to ensure your output doesn’t wane. With Focusmate, you can schedule a work session in hour blocks with anyone from around the world, and then you hold each other accountable for getting tasks done for that hour. At the end of the hour, you can reflect and see the value that you delivered, which is very rewarding.

Empirical studies have found that people’s sense of order and control even in uncertain circumstances increase when they have – a place, purpose, and routine. A sense of purpose and a routine, like autonomy, both binds and frees people by aligning and elevating their work. The virtual coworking space gives just that. It creates an environment that brings fulfillment to isolated workers as well as increased morale in knowing that everyone is on the same side.

As the gig economy grows worldwide, such tools are increasingly relevant. Indeed, we believe they may also become relevant as an increasing number of organizations make use of flexible talent.

TAYLOR JACOBSON, creator of Focusmate, lays bare the misconceptions about productivity and explains how gig economy workers and companies can become more accountable with the help of a virtual coworking space. 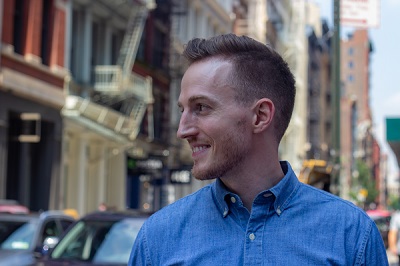 The HR Digest: Remote workers profess to be fully committed to ensuring productivity and accountability, but when it comes to delivering on that promise they often fall short. What do you think stops them from ‘walking the talk?’

Taylor Jacobson: Our tribal evolution means that we’re good at performing in social and cooperative environments, especially on proximal objectives with a clearly measurable result, like a hunt. The office environment approximates some of this structure, providing social accountability to show up and get things done. Meanwhile, remote workers have to rely on willpower, which is not a reliable strategy for most people.

The HR Digest: How do you find that peer accountability is enough to drive top performance?

Taylor Jacobson: Peer accountability taps into our desire to be part of the tribe. When we’re around other people, these primal triggers are activated, kicking us into performance mode so as to avoid being ostracized. Adding in the gentle time pressure—a ticking session timer and the knowledge that you have to report on your progress in less than one hour—creates the ideal conditions for productivity.

The HR Digest: Virtual workers often report feeling unmotivated. We know many companies that tackle this issue just for the sake of it, simply because they underrate its importance. What advantages do companies have looking to create a collaborative, outcome-oriented culture?

Taylor Jacobson: Creating a performance culture starts with trusting that people genuinely want to perform, and making it safe for them to express their shortcomings and struggles. When you trust people, you make it safe for them to express what they need in order to perform. Our entire premise at Focusmate is that we want to be our best, but we can all use a little help unlocking that.

The HR Digest: In the course of your career, you have served as a professional coach for entrepreneurs and Fortune 100 executives. From your perspective, how has the culture of virtual teamwork evolved?

Taylor Jacobson: The main shift I see is that all kinds of executives and managers are recognizing that virtual teamwork can be a huge competitive advantage. There’s a massive pool of talent who are best suited to give their gifts while working from home—introverts, parents, nappers, night owls—the list goes on. The talent war is intense in places like New York, where I live, and leaders will do whatever they can to attract and retain the best people.