Walmart will be raising the salaries of truck drivers to an average of $87,500 a year, starting from February. The raise is coming amid the nationwide shortage of truck drivers as the company hopes to attract hundreds of workers to run its fleets this year.

Last year, Walmart recruited above 1,400 new drivers. However, there has been an increase in commodities demanded by consumers, and also considering the estimation that two-thirds of the nation’s freight is transported by truck. That means the company needs to hire a great number of fresh drivers to remain in business.

Despite the in-demand for truck drivers, the low unemployment rate coupled with the on-the-road challenges of the job, interested persons to take the roles is very few. According to the American Trucking Association, there are up to 48,000 vacant trucking jobs. This estimation is, however, the reason behind Walmart’s wage increase for truck drivers.

Walmart intends to pay an extra one cent per mile to its drivers with additional payment for every arrival. This bonus brings the annual compensation to an average $87,500, and 89 cents per mile all-in rate. 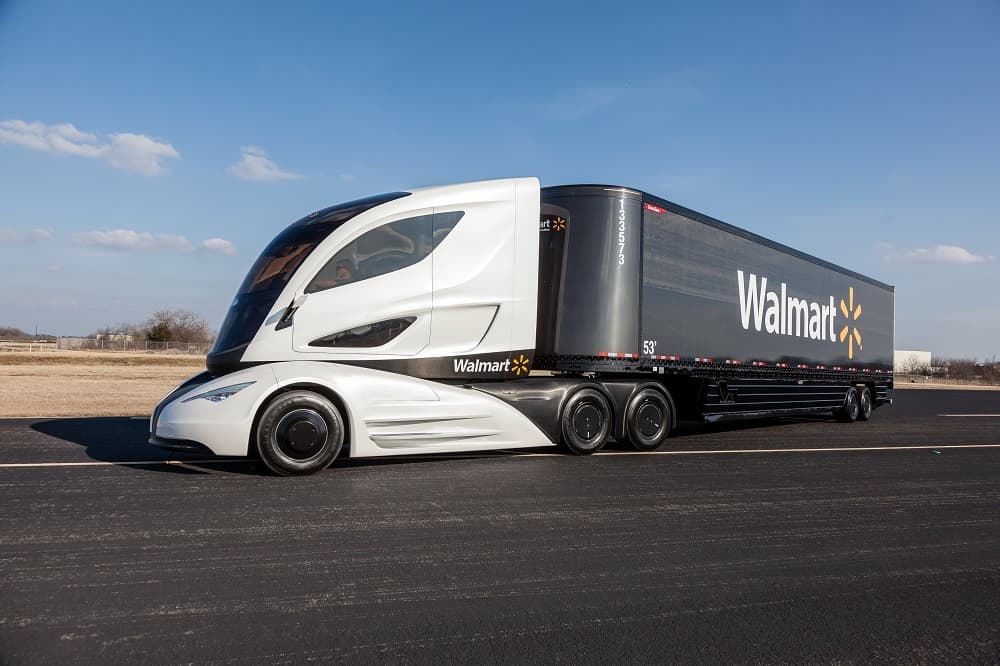 Statistics released by the Bureau of Labor shows that the average annual wage across the U.S for the majority of tractor-trailer truck drivers is $44,500. This is about $43,000 less than the offer Walmart is giving to its employees. Only about 10 percent of truck drivers in the U.S earns above $64,000. With a salary scale of close to a $90,000, Walmart’s search for potential drivers will definitely yield positive results.

Walmart will also offer three weeks of paid time-off to drivers in their first working year, according to a report by Business Insider. Also included are quarterly bonuses for safe driving. The drivers will also enjoy something very rare in the trucking business: two days at home in a week.

In addition to the above-listed mouth-watering benefits, Walmart is fastening its onboarding process as it hopes to increase its new driver recruitment. The company also slashed to half its waiting time between when a candidate is reviewed and their mandatory driving assessment. It has included also a targeted one-on-one mentoring on its new driver orientation practices by veteran drivers.

All these define a new path for the company, different from their previous system. Previously, candidates had only one chance to prove themselves through an assessment. Judgments were passed on the basis of their driving skills and ability to complete all safety scans accurately. According to Yahoo Finance, only about 10 percent of applying candidates passed this “one and done” test due to its difficulty. About 80 percent of the candidates scale through the trial under the new process, according to Business Insider.

However, it still takes a lot to become a Walmart driver even after passing the initial onboarding process and driving checks. Candidates need to have acquired 30 months of driving experience with a clean safety record in the past three years.