How to Face Job Rejection and Move on Confidently

How would you go about a job rejection? Would you take it personally, or would you try to move on?

Job interviews are stressful enough without having to deal with job rejection. The good news is that most companies don’t reject applicants outright. They usually give them feedback on their application. If they decide to hire you, then you get the job offer.

Getting a job rejection email happens to everyone at some point in life. Whether you’re looking for a new job or applying for college, you’ve probably had to face rejection before. This article will educate you on how to handle rejection gracefully and overcome the fear of rejection.

As job candidates who go into the process prepared, you’ll come out fine no matter how things go. So, don’t stress over something that might happen. Instead, make sure you know what you hope to accomplish and what you plan to bring to the table. Don’t let a job rejection or a rejection email stop you from moving forward! Brace up and figure out ways to overcome the fear of rejection.

What Are Your Options After Being Turned Down For A Job?

Now that you know that a job rejection isn’t going to ruin your career, there are still some options available to you. Perhaps you didn’t find the right fit after all, or maybe your skills aren’t quite up to par.

Some companies make it clear that they’re only hiring certain job candidates during a specific period, so if you’re missing that particular window, you might need to look elsewhere.

However, companies also use this situation to see if they should hire you now or wait until later when there are more open positions. 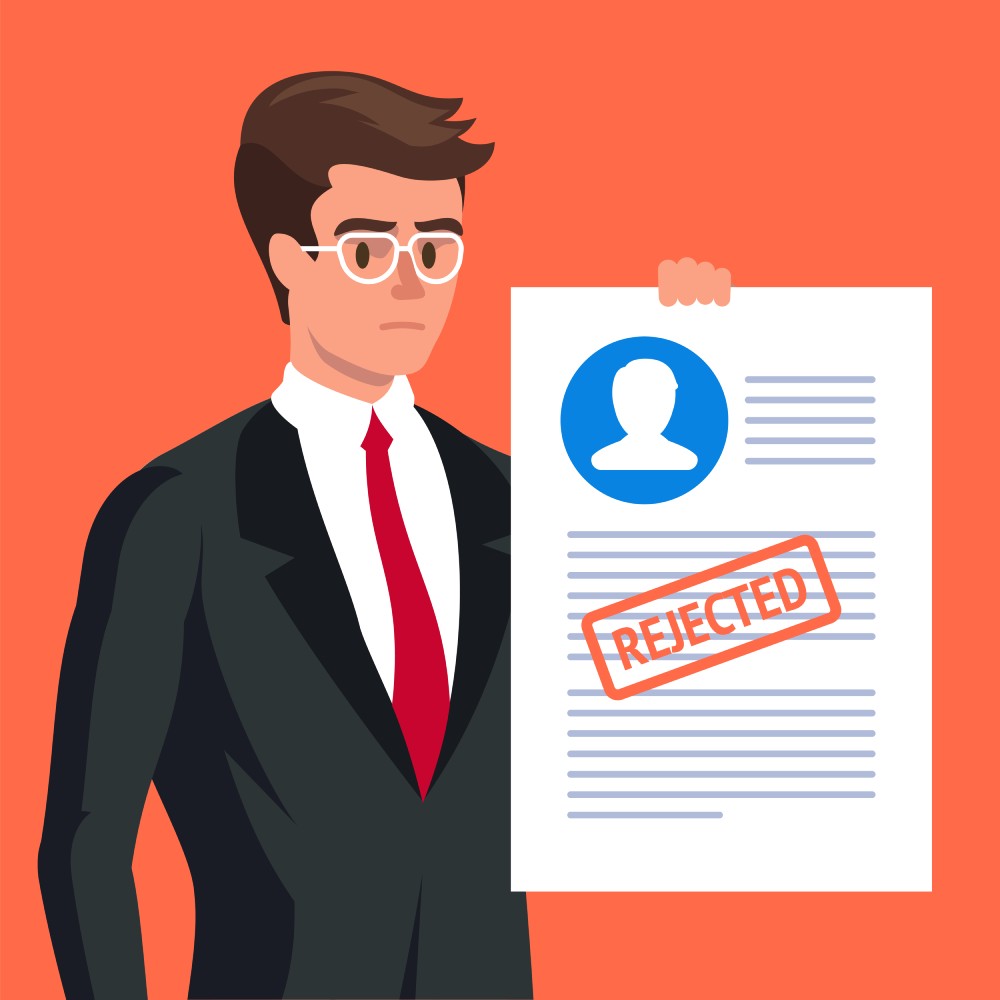 To stand out among other applicants, you may need to tweak your resume a little bit —maybe include keywords that highlight your expertise.

You can also ask around to find another position. Remember, if you’ve ever received a rejection email for a high-ranking position in your field, there could be plenty of other opportunities out there waiting for you!

1. Don’t take rejection personally. Many job candidates waste time dwelling on whether their rejection was fair or unjustified. And while you should certainly ask yourself questions like “Why me?” and “What does this mean for my future?”, all too often, you’ll find yourself asking, “why did they choose (insert name here) instead of me?”. In short, accept that sometimes things don’t work out the way we hoped (or planned) and move forward instead of accepting failure.

2. Never let rejection define your self-worth. You may think that getting turned down for a job means that you aren’t qualified, talented, or capable. But that’s not true! Some highly qualified people fail to land jobs for numerous reasons. You have the same chances of failing as anyone else; you need to understand that.

3. Don’t give up. Many times, when you’ve been turned down during the hiring process, it’s because there isn’t room for you right now. However, that doesn’t necessarily mean you won’t join the company later. Sometimes, things change, or a potential employee steps back. Keep persisting until you find a place where you fit in. Remember that opportunities only open themselves up to you if you’re willing to pursue them.

4. Take pride in your accomplishments. While it may seem silly, it’s fairly common for job seekers to believe that getting a job is equivalent to receiving a trophy or reward. That’s completely wrong. Don’t focus on whether you got the job or not. Focus on everything you accomplished throughout the entire interviewing process, from research to resume preparation and beyond. Being rejected isn’t a failure —it’s simply the first step in finding success elsewhere!

Don’t sweat a job rejection. While accepting failure is difficult, you must overcome the fear of rejection. When applying for a job or a promotion, it would not be very smart to assume that you’ll always receive positive feedback, especially if the circumstances weren’t perfect. Instead of letting rejection impact your mood, try to see it as a sign that you’re doing something right. What makes you great? The fact is that you haven’t failed yet!

Diana Coker
Diana Coker is a staff writer at The HR Digest, based in New York. She also reports for brands like Technowize. Diana covers HR news, corporate culture, employee benefits, compensation, and leadership. She loves writing HR success stories of individuals who inspire the world. She’s keen on political science and entertains her readers by covering usual workplace tactics.
« Book Recommendations: Some Must-Reads for HR Professionals
Future is Here: How Metaverse Becomes the Part of HR Technology »