Why do narcissists become CEOs?

Do narcissists get promoted more often? Research suggests there’s a link between narcissistic attitudes and a fast career progression.

People who are overweening, boastful, callous and pleased with their own existence do really well in the workplace. A new study claims that highly narcissistic individuals rise the ranks to become CEOs 20 percent faster. There’s a good chance you’ve witnessed a narcissist coworker work his way up the career ladder by peacocking flamboyance, dominance and immodesty.

Psychologists compared levels of narcissism in 241 Italian CEOs, as determined by questionnaires from the Narcissistic Personality Inventory (NPI), against their career history. It was found that the executives with the highest scores for narcissism got promoted faster, regardless of whether their firm was a family business or not. 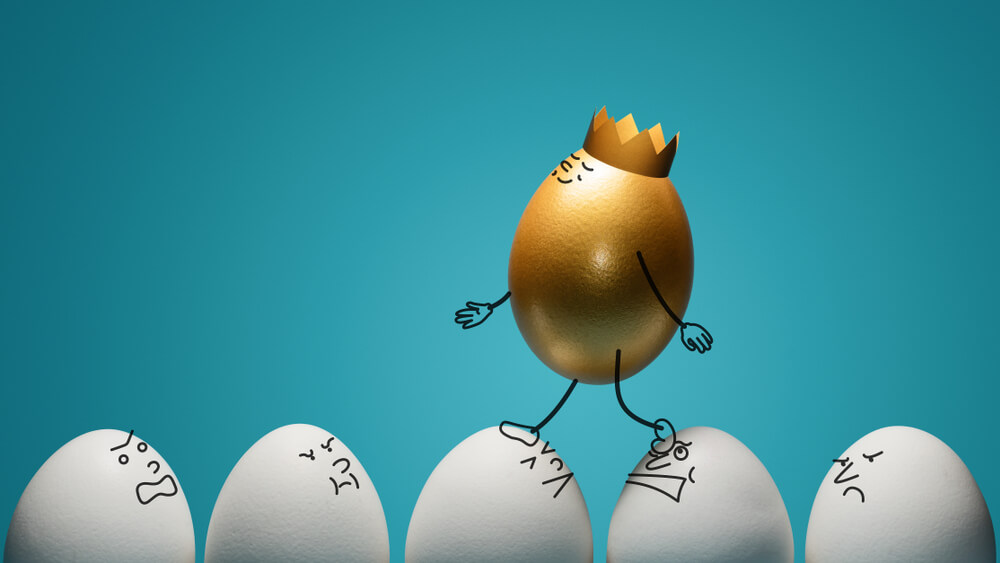 It’s all about me.

The research, published in the journal The Leadership Quarterly, has been conducted by Paola Rovelli, an assistant professor at the Free University of Bozen-Bolzano, and Camilla Curnis, a PhD student at the Milan Polytechnic University.

“Our results are somewhat worrying – in fact, they imply that organizations and boards favor the emergence of narcissistic individuals to key leadership positions,” psychologists Paola Rovelli and Camilla Curnis told BBC.

“Narcissism is known to be a dark trait, and individuals who are characterized by higher levels of narcissisms are known to procure negative outcomes for the firm, such as financial crime, tax avoidance, less collaborative cultures and more.”

Are most CEOs Narcissists?

In psychology, narcissism is a personality disorder that is characterized by pride, grandiosity, egotism and a lack of empathy for others. Research suggests that narcissists benefit from this cocktail of personality flaws when they’re aiming at moving up the corporate ladder as fast as possible.

The study authors say it’s widely acknowledged that narcissism is a characteristic trait of business leaders, such as CEOs. Needless to say, narcissists typically enjoy leadership positions since they are able to dominate others which might predispose them to engage in unpleasant behaviors, such as self-congratulation.

Narcissism is one of the ‘Dark Triad’ of undesirable personality traits, along with psychopathy and Machiavellianism.

The hallowed halls of business have more than a fair share of successful narcissists, many of them CEOs and top executives, as seen in plenty of studies. A 2014 study by researchers from the University of Illinois highlights that people aren’t either complete narcissists or non-narcissists. Narcissism is on a spectrum and each one of us embodies narcissism to a certain degree.

What’s interesting is that a narcissist leader is more likely to thrive in the midst of an organizational crisis. Their excitement through drama, self-confidence, competence and effectiveness can help people feel at ease.

According to Michael Maccoby, an American psychoanalyst and a globally recognized expert on leadership, a little narcissism can be a good thing. In his Harvard Business Review article, he talks about the “productive narcissists.” He wrote, “Narcissists have always emerged to inspire people and to shape the future. Consider how an executive at Oracle describes his narcissistic CEO Larry Ellison: ‘The difference between God and Larry is that God does not believe he is Larry.'”

As echoed in the tragic tale of Narcissus from Greek mythology, narcissism comes at a cost. When the ship is stable, narcissists tend to be less effective leaders. Their love for chaos may perturb employees who value job security above constant change.

The study by psychologists Rolvelli-Curnis was one of the first to examine whether narcissistic tendencies help one speed up their promotion to CEO. While the study provides a strong explanation for the promotion of narcissists in CEO positions, it has more than one shortcoming. The researchers, for instance, assume that narcissistic traits become stable over time. Clinical narcissism is something that is widely believed to emerge in early childhood and remain throughout one’s adulthood. There’s a huge possibility that the Italian CEOs are simply accruing narcissistic personality traits after they gain top-perch in the industry.

Simply put, “experiences of power might, to a certain extent, stimulate narcissism,” the authors write.