Home > Strategy > Interviews > Is It Wise to Include ‘TIME’s Person of the Year’ On Your Resume?

Is It Wise to Include ‘TIME’s Person of the Year’ On Your Resume?

Less than 24-hours ago, a very intriguing question popped up on AskReddit, one of the most visited forums for open-ended discussion questions. ‘People who have actually added ‘TIME Magazine’s person of the year 2006’ on their resume: How’d it work out?’ redditor @WaffelKartoffel had asked. Now, some of the top comments were from people who had actually put ‘TIME’s Person of the Year’ on their resumes. It worked out for some redditors who had put it in their resumes, while there were a few who didn’t hear a reply from the job.

You may argue that Peter Norvig, Director of Research, Google has listed it in his resume. But, you don’t have to follow the ‘If not, why not!’ rule, especially when you’re drafting your resume or cover letter.

Time Magazine Person of the Year

A lot of candidates struggle with drafting a relevant and professional resume. That being the case, they resort to clever gimmicks like this. It doesn’t have to be as difficult as you may think. Remember, you always have your cover letter for interesting and engaging formation. Besides, to anyone who knows the reference might chuckle, but to almost everybody else it’s going to seem inappropriate. 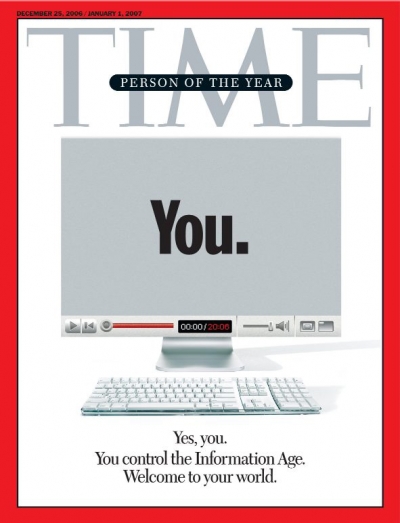 Time Magazine Person of the Year

You must refrain from including a few semi-dubious accolades mentioned below:

TIME Person of the Year 2006: TIME’s person of the year in 2006 was “You.” The award recognized the millions of people who anonymously contribute user-generated content to websites featuring user contribution (like Wikipedia, MySpace, Facebook, and the likes).

Let’s be honest. Adding such awards and weird accolades is downright irrelevant, gimmicky, and unprofessional. Imagine sitting in front of the internal pane, and having to explain what it actually means. Do you think the panel will find it appropriate? Only TIME Magazine will find it clever. And, I doubt so because it’s an old joke wearing a shoddy punchline. I must give credit where it’s due, so the accolade on a resume does reflect creativity and humor, but it’s downright one of the most groan-worthy additions on a resume.

Very few might appreciate the attempt to break the monotony of scanning through nearly identical resumes. A lot of hiring managers are very result focused. When they have piles of resumes in front of them they want to be done with it quickly. Any bit they read on a resume which is a waste of their ‘time’ could get you disqualified because there are a dozen other resumes which didn’t waste their time.

Some hiring managers may chuckle at the light-hearted humor. Others will resent it. I doubt you’ll get hired because you chose to add humor in your CV, and some won’t hire you solely because of it.

It might not work out the same way as it did for some of the redditors out there. The answer is no, simply, NO. Although it’s okay to add the status to your Twitter bio and business card, but don’t go further!

Priyansha Mistry
Currently editor at The HR Digest Magazine. She helps HR professionals identify issues with their talent management and employment law. | Priyansha tweets at @PriyanshaMistry
« Q & A with Jane: How to Maintain a Cordial Behavior at the Workplace
Reinforcing Workplace Wellness with Gamification & Apps »