Today’s workplace comedies are able to pull in massive audiences and a cultural relevance that keeps them on top of the all-time best television lists. As with most modern workplace sitcoms, entertainment is a top priority, and so is realism. It’s particularly welcome as some of these shows depend on the fickle American workplace culture. They follow the office precedent, they focus on issues like racialized minorities, gender relations, and the Schadenfreude of tearing your colleagues apart.

Ann-Marie Slaughter, the former Princeton professor and State Department who now serves as the president and CEO of the New America Foundation, once wrote an Op-Ed in the New York Times about America’s workplace culture. The phenomenal essay bordered around the workplace-culture beat. In a similar fashion, some of the shows mentioned below are complementary of our work lives.

Suits is a real phenomenon. One of the reasonably accurate depictions is hiring the caliber of people. While it’s not like most top law firms only hiring out of Harvard, they do only hire out of a handful of schools.

Another, work-hoarding. Remember the battle where Katrina Bennett grabs assignments from Mike Ross, and Louis Litt suddenly develops a real sense of “I want to work with this associate only” is much similar to what happens. Partners tend to pick associates over and over again to work with, even though it is officially discouraged in most firms. 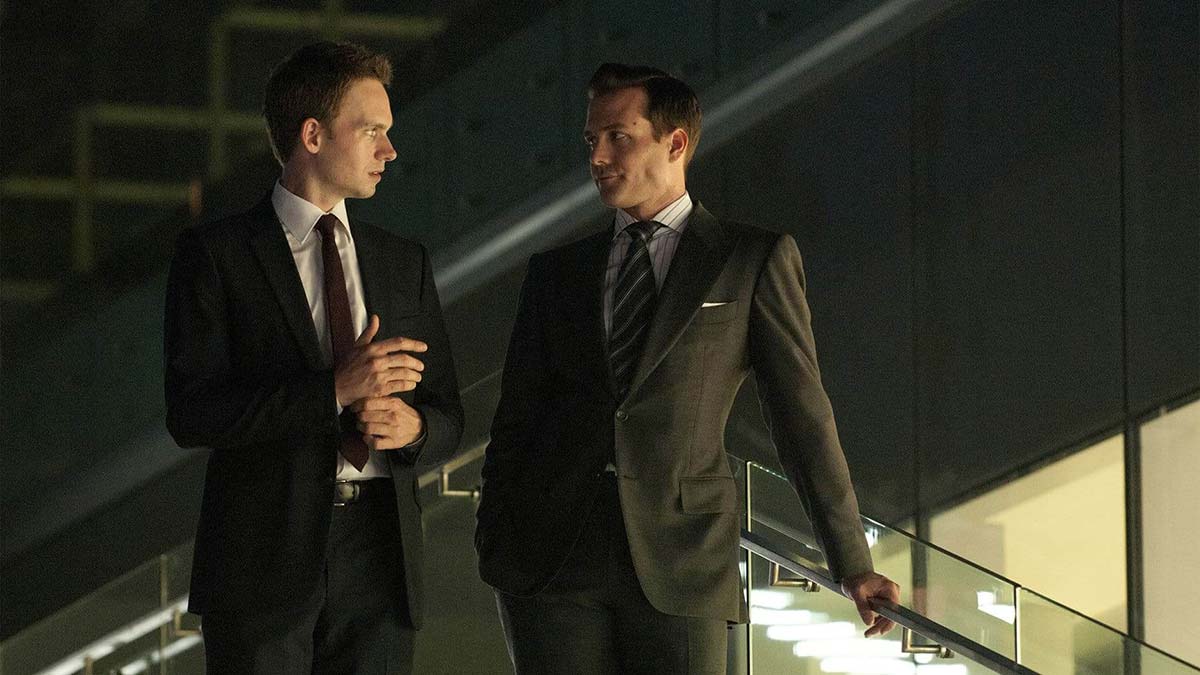 Another realistic aspect is the central dynamic – the pair of Anglo frat boys – Harvey Specter and his prodigy Mike Ross, who’re the cool insiders. Their antagonist Louis Litt is the socially awkward outsider who craves their acceptance. Litt may never get what he wants, but he gets his revenge in one sense: over half of the things he does to the Associates is a human rights violation. At the end of the day, Litt’s overbearing slave driver attitude is how most partners, see their associates.

Intensive labor-hours is a large percentage of the job for junior associates at big law firms. Associates work 80-90 hours a week, are pretty much on call at the time and are probably making between $35-45K a year. Meanwhile, partners take a share of $3.5 million to $5 million a year, and can easily afford great seats to ballet shows, spacious Manhattan apartments, and expensive divorce pays. That being said, Suits does a great job of depicting some of the less glamorous work that associates are asked to do.

And finally, the salacious office romances, compounded by the long hours of working in close quarters. The most famous example is the $22 million Faruqi & Faruqi LLP sex harassment lawsuit.

Since it started three seasons ago, Silicon Valley has perhaps the most straight-forward skewering of the office-tech culture. There is hardly any representation of women on the show beyond the friendly VC assistant, Monica and Laurie, the robotic investor. For better or worse, the show deals with the issue in a lot of industries with women’s growth and good pay. Women are just assumed to be a lot less capable, even though they do not have the luxury to be as emotionally clueless as their male counterparts.

On the HBO hit Silicon Valley, there is hardly any representation of women on the show beyond the friendly VC assistant, Monica and Laurie, the robotic investor.

The show draws attention to an issue that needs a major reform. According to the National Center for Women & Information Technology, despite making up 57% of the professional workplace, only 25% of professional computing positions are actually held by women and only 17% of Fortune 500 Chief Information Officer roles are filled by women.

Obviously, the biases faced by women and people of color can exist for many in any workplace. But, for an industry like tech, it’s still a boy’s club. The stark overrepresentation of men in Silicon Valley is making us talk about what’s missing in the tech industry: the women.

America’s current longest-running Mockumentary, The Office represents employee interactions, attitudes and especially avoiding work in a pretty accurate way. In a typical office, your meetings are obviously not going to devolve into Michael Scott-style absurdity. But then again, not much real work gets done in any meeting. A majority of us have lived the show. We have the general office bitch, the dull CA, a few minorities, and some other employees of varying ages. Everyone doing their jobs and no one could care less about the overzealous boss. 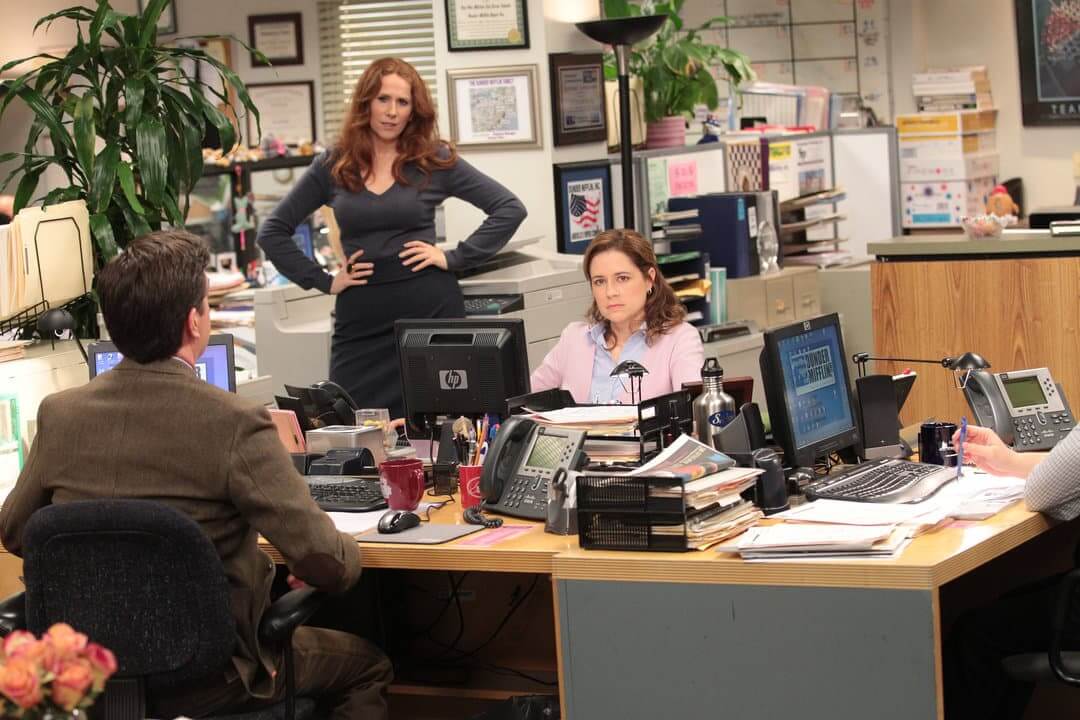 Think Jim Halpert and Pam Beesly are the only ones flirting around the water cooler? Assistant to the regional manager Dwight Schrute has a thing going on with Angela from accounting. Ryan Howard is openly in a relationship with Kelly Kapoor.

Despite all the reasons people shouldn’t fraternize in the office, the fact is, it happens all the time. According to a survey by the Society of Human Resource Managers and CareerJournal.com, four out of ten people have dated someone from work. As noted by a survey on Vault.com, a job search site, 58 percent of us have had an office romance or a fling at some point in our careers, meanwhile, 43 percent of people are currently involved in an office romance.

Workplace sitcoms won’t disappear soon. We may be watching to bury our worries in the work storylines of these characters, but at this point, it’s hard to imagine why.