Amazon announced Tuesday it supports the federal legalization of marijuana, and that the world’s second-largest private employer is revising its policy to make it more employee-friendly.

The twin announcements, Amazon said, are pointed toward reiterating the retailer’s commitment to being a top employer.

In a blog post, Dave Clark, CEO of Amazon’s worldwide consumer division, said changing state laws on cannabis mean Amazon will no longer include the substance in the company’s pre-employment drug tests and that the drug will now be treated the same as alcohol. 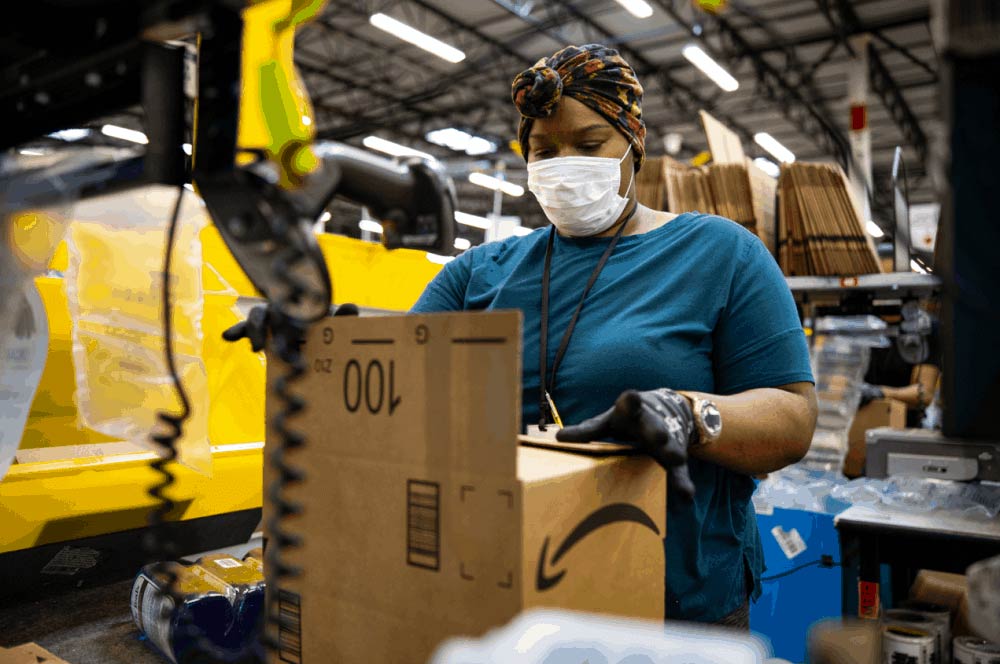 Amazon is also looking to change its Time off Task policy, which tracks workers’ productivity by analyzing the time they spend on breaks.

Positions subject to regulations by the US Department of Transportation will still include marijuana test. Amazon will “continue to do impairment checks on the job and will test for all drugs and alcohol after any incident.”

Clark also added that Amazon is supporting a federal marijuana legalization bill, the Marijuana Opportunity Reinvestment and Expungement Act. “We hope other employers will join us, and that policymakers will act swiftly to pass this law.”

Amazon is also looking to change its Time off Task policy, which tracks workers’ productivity by analyzing the time they spend on breaks. Commentators have said that Time off Task adds to an unpleasant atmosphere that dehumanizes workers.

On Tuesday, Clark acknowledged this criticism as claimed that Amazon’s Time off Task policy is easily misconstrued.

“The primary goal of the Time off Task metric is to understand whether there are issues with the tools that people use to be productive, and only secondarily to identify under-performing employees,” he wrote. “Starting today, we’re now averaging Time off Task over a longer period to ensure that there’s more signal and less noise—reinforcing the original intent of the program, and focusing Time off Task conversations on how we can help. The goal is to re-focus the conversations on instances where there are likely true operational issues to resolve. We believe this change will help ensure the Time off Task policy is used in the way it was intended.”

In 2020, Amazon spent more than $1 billion on wellbeing measures, such as, expanding a program that offers meditation, stretching, nutritional guidance, as well as buying protective gear to prevent the spread of the coronavirus. The retailer also hired 6,200 employees to its workplace health and safety group.

Diana Coker
Diana Coker is a staff writer at The HR Digest, based in New York. She also reports for brands like Technowize. Diana covers HR news, corporate culture, employee benefits, compensation, and leadership. She loves writing HR success stories of individuals who inspire the world. She’s keen on political science and entertains her readers by covering usual workplace tactics.
« SAP adopts Flexible Working for all 100,000 employees
6 Great Jobs for People Over 50 »